What Are The Nootropic Effects Of CBD Oil?

What Are The Nootropic Effects Of CBD Oil? 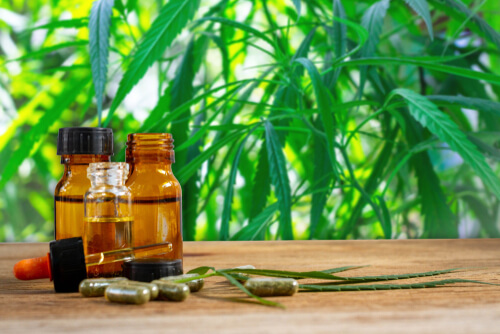 CBD oil made using hemp plant parts like flowers, buds, and leaves is widely used by people for its therapeutic effects. When ingested, it enhances neurological functioning due to its positive stimulation of the endocannabinoid system (ECS), which regulates homeostasis. Also, it has no side-effects when consumed at regular doses and is a better option than pharmaceutical drugs. For example, studies show that it is safer than painkillers and anti-inflammatory drugs. In this article, we will investigate the nootropic effect of CBD, and shared below are details about this.

What Is CBD And Its Nootropic Effect?

CBD, also known as cannabidiol, is one of the major cannabinoids found in the cannabis family of plants. Legally available pure natural CBD oil is made using extracts of hemp plant strain that have less than 0.3% THC. This extremely low concentration of tetrahydrocannabinol ensures that you will not experience psychotropic effects when you consume CBD oil. Furthermore, due to cannabidiol’s positive effect on the ECS, it influences neurotransmitter levels in the brain. This is the reason for its nootropic effect, i.e., it enhances cognitive functions like memory, attention, creativity, etc.

What Are The Nootropic Benefits Of CBD?

The wide range of CBD health benefits is due to its positive effect on the ECS. Due to this, cannabidiol is effective for managing the symptoms of anxiety, depression, and sleep disorders.

One of the well-known CBD health benefits is its anxiolytic effect, i.e., it is useful for alleviating anxiety. Research has shown that it helps to manage panic attacks, obsessive-compulsive disorder (OCD), generalized anxiety disorder (GAD), and post-traumatic stress disorder (PTSD).

Depression is one of the leading mental disorders, especially among the younger generation. Most of the prescription antidepressants have some type of side-effects, and this is not preferred by all. Studies have shown that CBD improves serotonin and anandamide levels in the brain, and it is believed that this is the reason for its antidepressant effect. Also, it has no side-effects at normal doses, and it improves overall health when consumed daily.

Consuming pure natural CBD oil before bedtime improves the quality of sleep. Two of the main contributors to inadequate sleep are anxiety and stress. CBD is useful for treating this condition because of its anxiolytic and stress-reducing effects. Along with this, it helps to maintain melatonin levels, which is the sleep hormone secreted by the pineal gland.

Before using CBD to have its nootropic effects, you must consult a physician because it might not be equally effective for all.